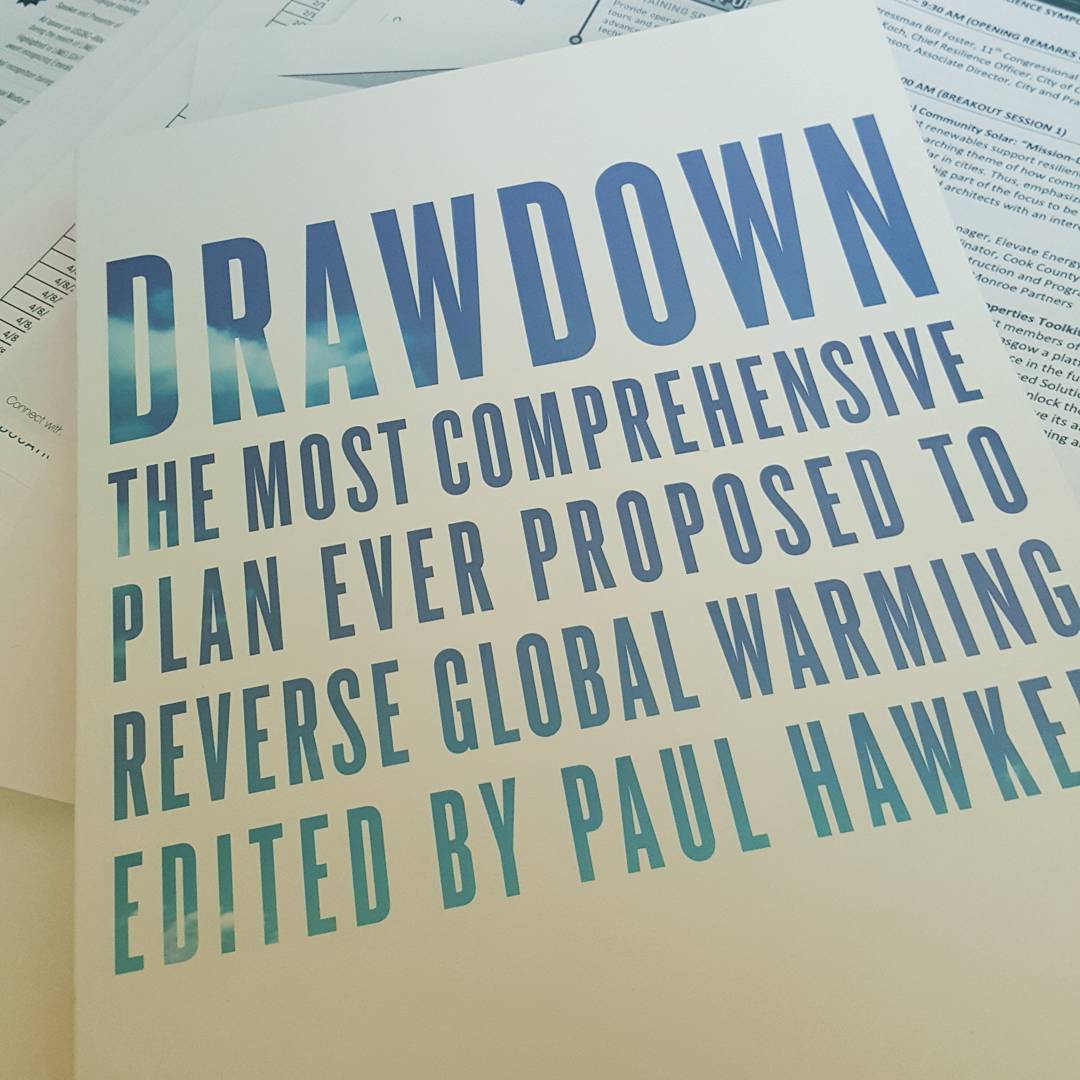 Wednesday, May 10th, I went to USGBC Chicago‘s panel discussion in Chicago about climate change, Defining Carbon Drawdown: What it Means for Chicago and the World. The focus was on the book Carbon Drawdown: The Most Comprehensive Plan Ever Proposed to Reverse Global Warming by Paul Hawken. The book presents realistic and attainable solutions to climate change. Up for debate was which efforts to focus on in Chicago. The panel included 4 speakers from different environmentally-focused positions in the Chicago area.  Everyone agreed that more needs to be done, but there was considerable debate about what to prioritize.

Jenny Carney was the moderator and she did an excellent job directing the conversation. Jenny is a principal at YR&G working to improve the performance of existing buildings.

The event brings up the two most difficult problems of fighting climate change.

2. We need a shift in mindset that gets public support of solutions.

These are two, very different fronts, but we need people working on both of them. In summary:

More information about the book is available on the Carbon Drawdown site.